About | Books | Podcast |  Credit Repair Cloud | Hire | Community |  Press
WHO IS DANIEL ROSEN?
When a bank error devastated Daniel’s credit, he became so obsessed with credit, that he started a movement that disrupted the credit repair industry. In the past decade, he's built a following of over 100 thousand entrepreneurs, sold tens of thousands of his books, simplified the process of credit repair, and founded a software company called Credit Repair Cloud that helped 48 people to become millionaires, and enables thousands of entrepreneurs to grow highly profitable credit repair businesses that change lives.
The Full Story
AS SEEN ON:
AS SEEN ON: 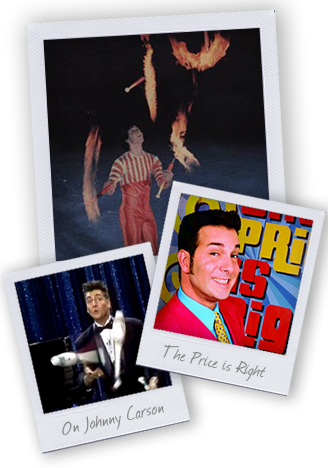 EARLY LIFE
At the age of 10, Daniel was obsessed by juggling. It's all he would do 24/7. This skill came in handy for Daniel at age 13, when he ran away from home and found himself homeless and alone in Los Angeles. Daniel quickly found a way to earn the money to eat, by juggling on street corners. He spent long days practicing and honing his skills and worked his way into becoming a world champion Juggler. He used his unparalleled drive to work his way out of poverty and into a long career in the entertainment industry. Daniel spent over 20 years performing comedy on television, including The Tonight Show, The Late Show, Nash Bridges, Golden Girls, and as announcer of The Price is Right with the famous voice that said "Come on down!"
CRISIS CREATES OPPORTUNITY
One day a bank error devastated Daniel's credit, causing his bills to shoot up overnight. As a result, he almost lost his home and nearly went bankrupt. He was 40 years old and felt like a loser. Unsure of where to turn or what to do, Daniel painstakingly found his own way through the difficult task of fixing his own credit.
While obsessing about credit and the law, Daniel began to see how unfair and hurtful the credit system was, and how so many people fall victim to it. He was determined to make credit repair available to hardworking people who found themselves in his same situation.
Daniel reverse engineered credit repair by following the processes of the most successful credit repair businesses in America. Seeing a way to simplify the process, Daniel set out to create the world’s first credit repair software, a tiny download he called "Credit-Aid."
The limitations and obstacles Daniel encountered while trying to repair his own credit, became the birthplace for his software journey. Little did he know that it would take another ten years of struggle and failure to finally reach success in business. 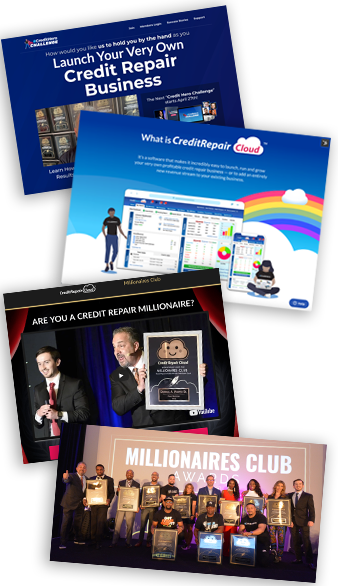 CREDIT REPAIR CLOUD
In 2013, Daniel launched Credit Repair Cloud, the software that now powers the credit repair industry. It's 15,000 software users processed over $184M in its first 5 years, and put CRC onto the Inc 5000 list of fastest growing companies in America for the past 3 years in a row.
With a following of over 100 thousand entrepreneurs, he’s published and sold tens of thousands of copies of his book, "The Ultimate Guide to Starting a Credit Repair Business," which has enabled thousands of entrepreneurs to grow highly profitable credit repair businesses that change millions of lives.
As of 2021, Daniel's training, teaching, and software has created 48 millionaires who form his exclusive group the "Millionaires Club."

GIVING BACK
Daniel's mission for Credit Repair Cloud is "to change lives; for our customers, their clients, our team, our families, our communities, and the world, in every way we can." We have aligned ourselves with organizations that are also dedicated to changing lives and a greater mission, so we can all start to make an even bigger impact on the world around us.
PERSONAL LIFE
Daniel lives in Marina Del Rey, California with his long-time girlfriend Grace, and their 2 labrador retrievers Fred and Lucy. He collects robots, lunchboxes and spends Sundays riding his vintage Harley. 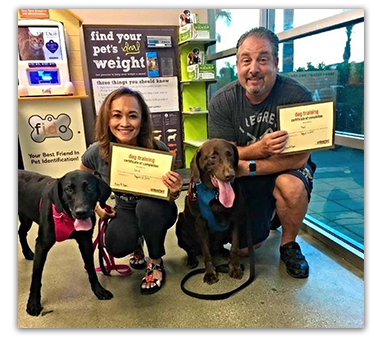 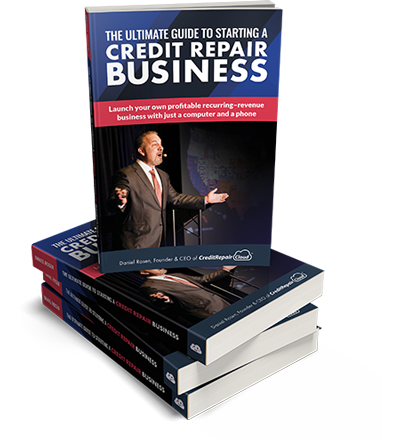 The Ultimate Guide To Starting A Credit Repair Business:
The Underground Playbook for Growing A Credit Repair Business
Over 200 MILLION people in the United States can't get a car, a home, or send their kids to college, and they're willing to hire you for your expertise to change that. There is no simpler business to start than credit repair, and the need for it gets higher each year. This book has everything you need to know to become a highly sought-after expert and reach your goals as a result.

GET THIS BOOK FREE!
Join the 1000+ Credit Heroes who have already taken the Challenge!

The Credit Hero Challenge
How would you like us to hold you by the hand as you launch your very own credit repair business?
What would having your own Credit Repair Business mean for you?  Is it helping others end the struggle of living with poor credit, being able to leave the job you can’t stand, or becoming the entrepreneur you were born to be? In this 14 day training you'll learn how to get your first clients and results without any experience whatsoever, and build the foundation of your very own credit repair business.
JOIN THE CHALLENGE!
Once you've completed the Challenge, this free training will lead you to the next level... 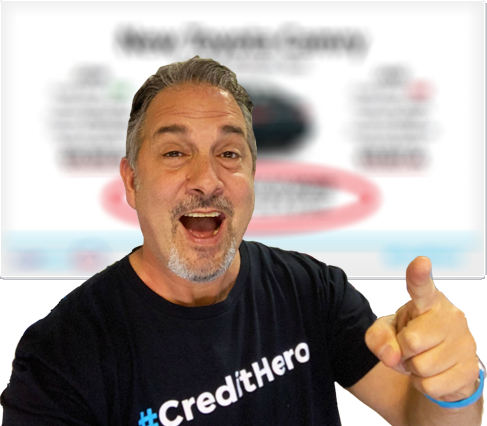 Free Training
“Secrets To Easily Creating A Profitable Credit Repair Business WithOUT having any prior experience with credit repair!”
Once you've already completed the Credit Hero Challenge, this free training will lead you to the next level and show you how to go from practice to pro and change even more lives!
RESERVE MY SEAT NOW
Ready to mentor others? Here's how to multiply your revenue... 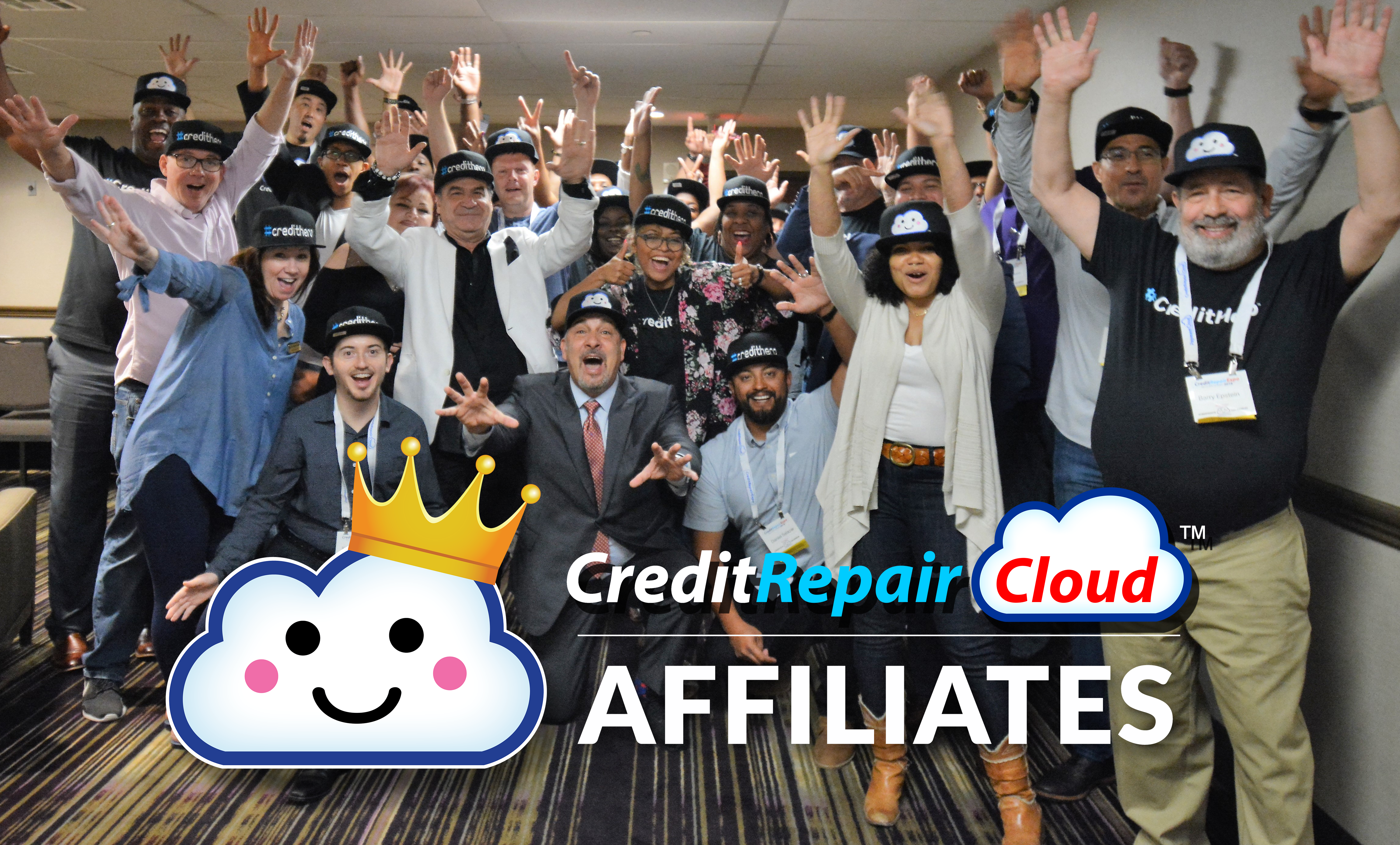 Exclusive Free Training
“Retire In 100 Days As A Credit Repair Cloud Super Affiliate!”
If you follow a very simple process, for less than an hour a day for 100 days, by the end of that process, you may have enough residual income coming to be completely retired, plus the lease payment on your dream car paid for by us!  Watch this free training to lean how!
LEARN MORE 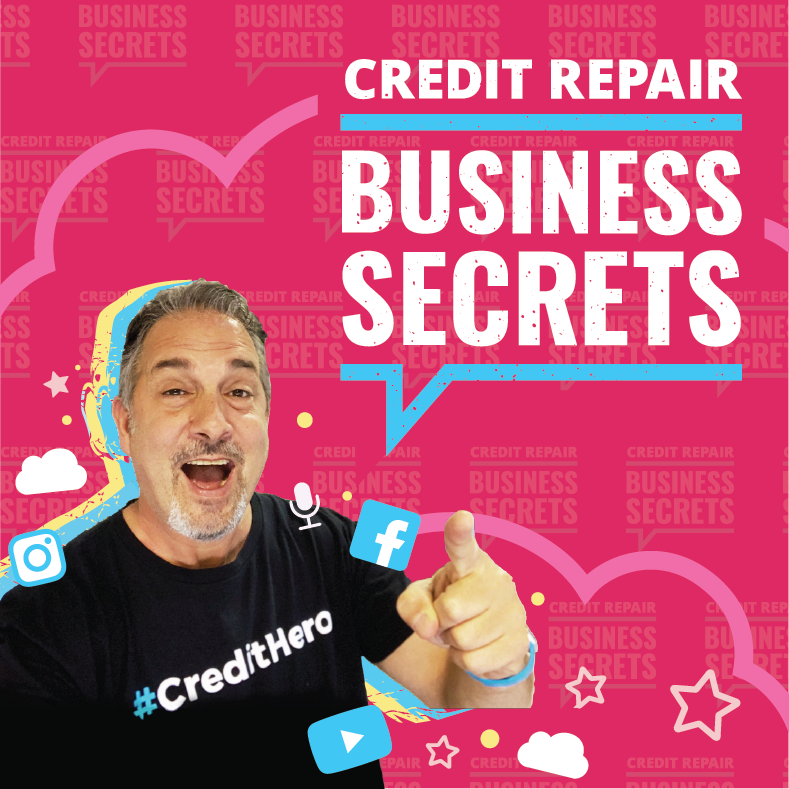 THE PODCAST
"So... the big question is this...
How can we take our passion for helping people with their credit... and turn it into a successful business... Without taking out loans... Without spending a fortune... By bootstrapping it from nothing... So we can help the most people, and still become become highly profitable.
That is the question, and this podcast... will give you the answers. My name is Daniel Rosen and welcome to Credit Repair Business Secrets!" 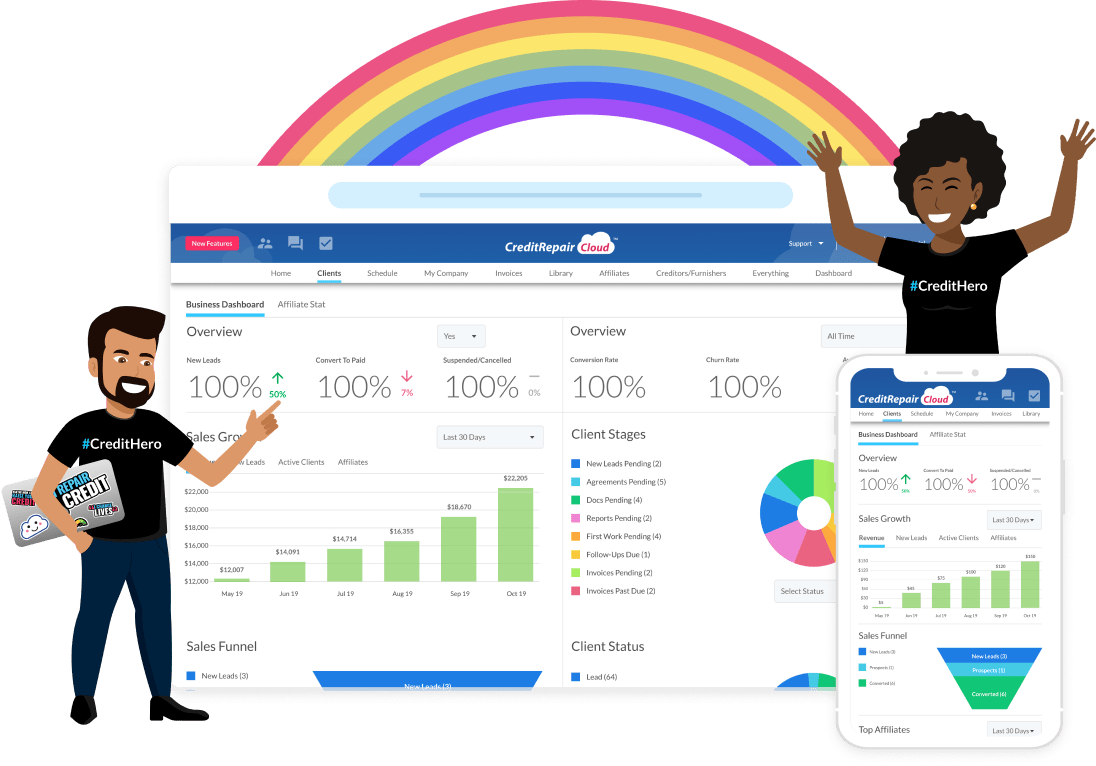 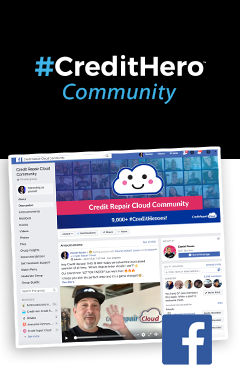 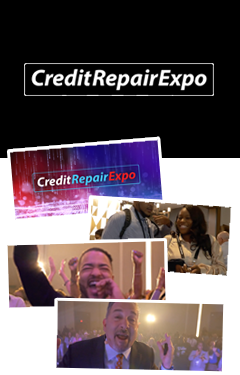 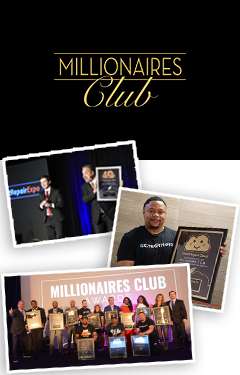 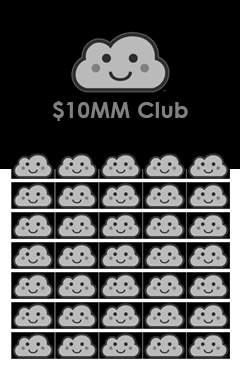 Credit Repair Expo
The Annual Credit Repair Event That You Cannot Miss!
Each year we bring together the world's top credit repair business experts, to share with each other EXACTLY what's working, and how you can implement them! It's the most anticipated event in the credit repair industry... It only happens once a year and it ALWAYS SELLS-OUT!
REGISTER NOW!

2 Comma Club X Coaching
For Entrepreneurs Scaling To $1,000,000
Whether you've made $1 or $10,000 online, the 2 Comma Club Coaching program is the fast track and shortcut to your first million dollars. Work with Russell's closest team of funnel builder and traffic coaches to build your 7-figure message, offer, and funnel. This program includes group support, live masterminds, and the best training programs Russell offers.
OPENING SOON 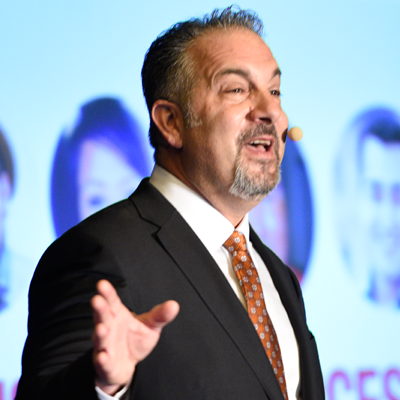 Hire Daniel
Information On Speaking Engagements
If you're interested in booking Daniel Rosen, his fees for events are below:
Apply Now
MEDIA BIO & PRESS KIT
Daniel is available for speaking, interviews and podcasts. Download the media bio and press kit here: 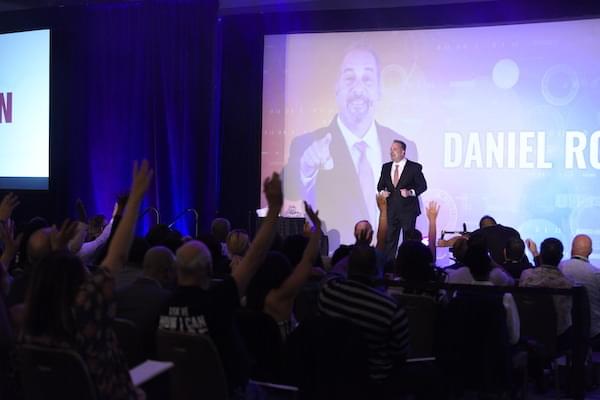 CLICK FOR MEDIA BIO & PRESS KIT
Media Bio
When a bank error devastated Daniel’s credit, he became obsessed with credit. In the process, he created a movement that has disrupted the entire credit repair industry. In the past decade, he's built a following of over 100 thousand entrepreneurs, sold tens of thousands of his books, simplified the process of credit repair, and founded a software company called Credit Repair Cloud that enables thousands of entrepreneurs to grow highly profitable credit repair businesses that change millions of lives.
Approved Photos 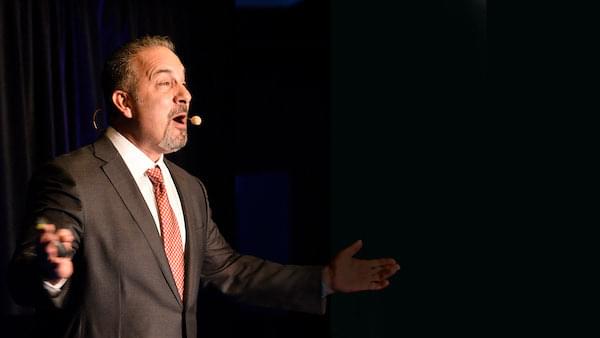 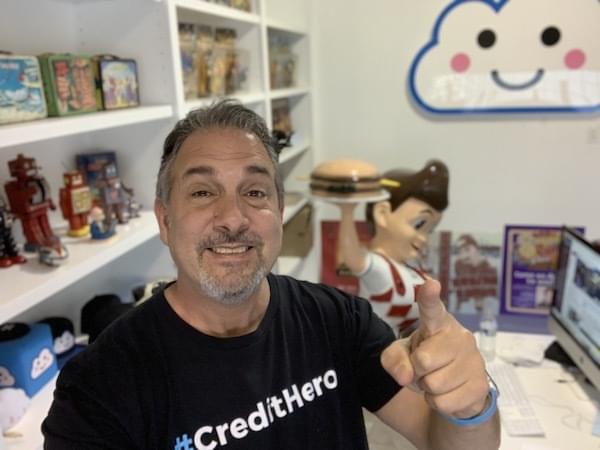 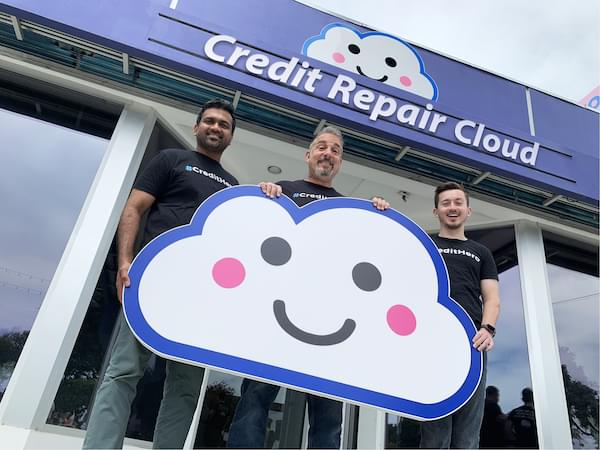 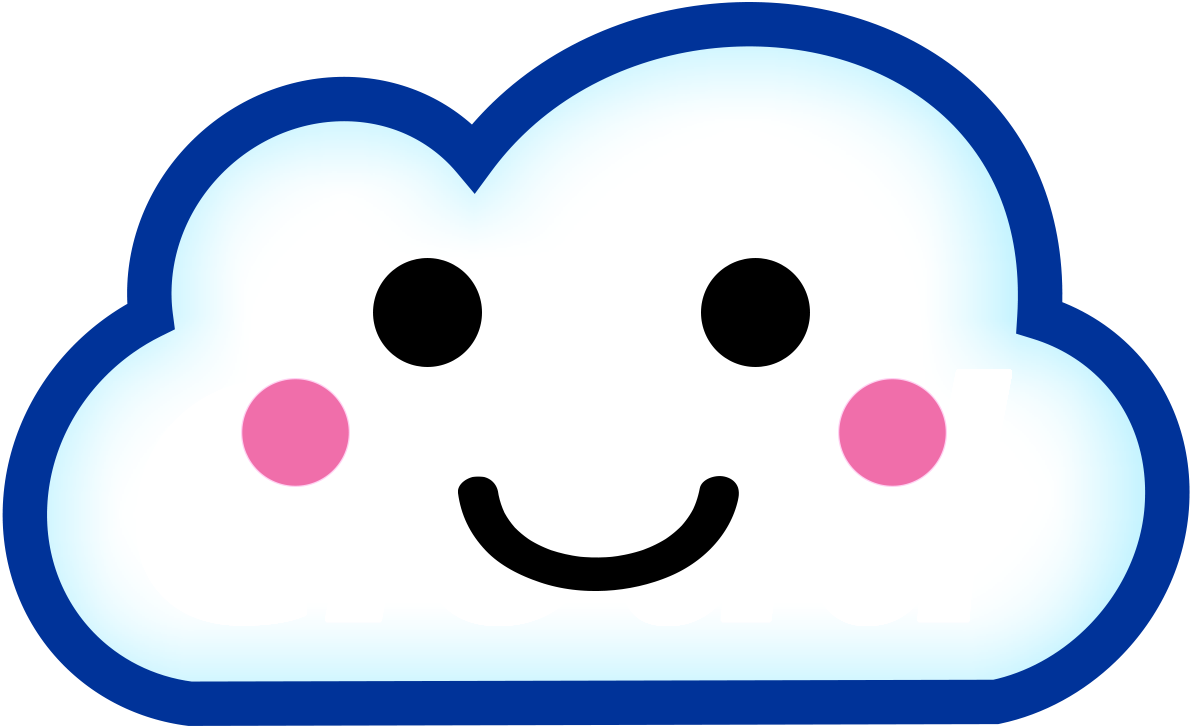 Credit Repair Cloud
12517 Venice Blvd.
Los Angeles, CA 90066
Who is Daniel Rosen?
When a bank error devastated Daniel’s credit, he became so obsessed with credit, that he started a movement that has disrupted the credit repair industry. In the past decade, he's built a following of over 100 thousand entrepreneurs, sold tens of thousands of his books, simplified the process of credit repair, and founded a software company called Credit Repair Cloud that helped 48 people to become millionaires, and enables thousands of entrepreneurs to grow highly profitable credit repair businesses that change lives.
Connect With Daniel on Social Media:
Facebook
Youtube
Instagram
Twitter
Linkedin
Blog 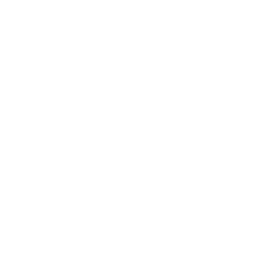